WHY STROKE RECOVERY FOUNDATION IS NEEDED

Stroke is a serious disease. It is both a significant killer and long-term disabler. It impacts many, in large and small ways, striking men and women, young and old, rich and poor, and all races and nationalities.

This is the tornado disease!

Typically, after stroke, a patient spends time (one to three weeks depending on the stroke’s severity) in a hospital where they are stabilized and receive their initial therapy, depending on the deficits created by the stroke. As needed, they will receive physical, occupational, speech, and perhaps psychological therapy.

Upon discharge from the hospital, survivors will continue their rehabilitation for a few weeks or months, generally at an out-patient facility convenient to their residence. In some cases, therapy will be performed at home instead of at a facility. We believe that the latter is problematic for the great majority of survivors because few homes have the proper equipment for successful rehabilitation.

For nearly all survivor’s insurance reimbursement for outpatient therapy services terminates, often prematurely. Gains, often significant gains, can still be made, however, the insurance termination becomes a barrier to progress, either financially or psychologically, or both. Where to go, whom to turn to, what’s next?

“For more than 90% of stroke survivors, the endgame of a stroke is a “New Me,” or perhaps, a “New Us”, both of which reflect the life-changing implications resulting from the stroke. Beyond a doubt, there can be a rich life after a stroke, however, how one chooses to deal with these life-changes will impact them and those around them, going forward. My own stroke experience tells me it is best to treat the changes in as positive manner as possible and move forward toward the “New You.” We are here to assist you!”

Bob’s dedication to helping others stricken by stroke, and those who can avoid the disease in the first place, has led to a new career path as author, stroke coach, public speaker, and founder of the Stroke Recovery Foundation, Inc., a 501(c) (3) organization.

In his prior life, he was a corporate marketing executive, partner in an international management consulting firm, an adjunct professor at Fairfield University and an entrepreneur in the telecommunications field. He earned his M.S. in Business and Communications from Penn State and his B.B.A. from Pace University in New York.

“Stroke Recovery is a lifetime journey, not a one-year sprint. If someone, anyone, tells you that whatever recovery you achieve must be accomplished within a year, respectfully, they are wrong. No one knows what is possible!”
Bob Mandell - Survivor and Foundation Founder
LEARN ABOUT STROKE RECOVERY

A Note from the Founder

“Writing Stroke Victor, I learned of the massively underserved stroke population which numbers in the millions in the US. This has resulted in substantial unrealized recovery potential. Something REALLY BIG had to be done.

With that knowledge, I founded the Stroke Recovery Foundation and then undertook an international search to see what was working in other geographies. I spoke with stroke professionals, researchers, doctors, therapists, survivors, and their caregivers.

An essential point from a survivor perspective – Big Time stroke recovery education is required – in language which survivors like me, and their caregivers can understand and act upon! By knowing what’s available, and possible, stroke recovery can be extended and therefore post-stroke lifestyles can be improved.”

The Stroke Recovery Foundation is dedicated to providing people with the tools they need to achieve their stroke success.
CONTRIBUTE

The Foundation is assembling an Advisory Council to assist in its post-stroke educational initiative. These fine professionals understand the tremendous need for Succeeding in Your Stroke Recovery. The continuum of care breaks when reimbursed therapy terminates, in most cases, prematurely. The course’s focus is to assist stroke survivors and their caregiver partner(s) to successfully navigate a meaningful and fulfilling post-stroke life. A secondary focus is to increase stroke awareness including mitigating risk factors, and how to personally reduce one’s risk of stroke. Each member of the Advisory Council has graciously initially volunteered their time and we are most appreciative. We anticipate that this group of professionals will grow as our services and reach expand. 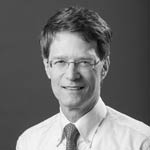 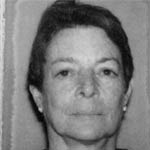 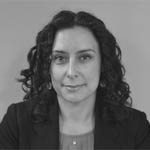 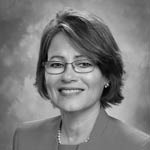 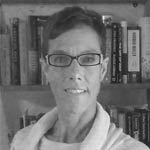 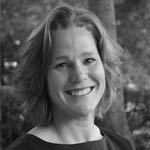 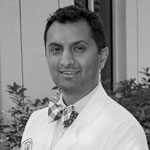 Podiatrist – Reconstructive Foot and Ankle Surgery & Limb Salvage – Family Foot and Leg Center – Naples, Florida
It’s time! Join us as we improve Stroke in SW Florida and Nationally!
Stroke recovery is a lifelong endeavor for both the survivor and their caregiver(s). However, because of a lack of knowledge, most stroke survivors never recover to the levels that are possible.
DONATE NOW