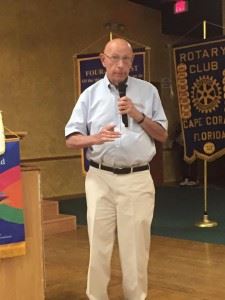 When I started thinking about forming a non-profit in the stroke area in December 2014, just a few short months ago, one of the first things that I did was to think about obtaining a good name. As a prudent entrepreneur, what do I mean by a good name? I like names that say what our focus is or what we actually do! I don’t have millions of dollars to create a brand from a name that in itself is meaningless.

The current issue of august Forbes Magazine (9/7/15) has an article entitled – No Good Startup Names Left. Let me quote them:

“In mid-August Google announced it was reorganizing itself under an umbrella company to be called Alphabet. Pardon us for asking, but are world-beating multinationals now outsourcing their name selection to first-graders?

They aren’t actually- the problem it seems, is that all of the good names are already taken. And if Google can’t come up with a decent – or at least meaningful – name for itself, what hope does the average startup have? The unfortunate result: a spate of mealy mouthed mash-ups with no relevance to what the company does…”

While I would normally agree with the Forbes writer, he or she left out one very important factor in the availability of good names – DOES ANYONE CARE ABOUT A PARTICULAR FIELD OR SEGMENT, IS ANYONE LOOKING, IS THE PRODUCT, SERVICE, OR MISSION ON SOMEONE’S RADAR? If so, the names are gone!

So let’s go back to my name finding efforts a few months ago. After thinking about what my non-profit’s mission was going to be I went to my trusty domain seller – MyCoolDomains.com and started to put names in to the search engine. Low and behold, nearly every “good” or descriptive name was available. I was stunned. How could these not have been taken years ago as the Forbes article suggests?

How could it be – a disease that is the number five killer and number one long term disabling disease which strikes over 800,000 Americans a year, and millions, yes millions more globally? How was it possible that the good names were available? Because it seems that few people seem to care! Of course there are hard working professionals in the stroke field and there is obviously research ongoing. But I learned while researching my book, Stroke Victor, How to Go from Stroke Victim to Stroke Victor that the whole field of stroke was seriously underserved in terms of advocacy, outreach and research, among other things.

So to this blog post’s original title – NO GOOD STARTUP NAMES LEFT! — WANT TO BET?

YES, THERE ARE GOOD NAMES AVAILABLE WHEN NO ONE ELSE IS LOOKING!

As a survivor, I CARE ABOUT THIS! MY TEAM CARES! MY VOLUNTEERS CARE AND YOU SHOULD CARE IF FOR NO OTHER REASON – IT COULD HAPPEN TO YOU OR YOURS AND THEN YOU WILL DEFINITELY WANT US TO CARE AND BE DILIGENTLY WORKING ON THIS DAUNTING TASK!

The Stroke Research Foundation intends to make a difference in the after stroke lifestyles and outcomes for millions of American’s, including many in SW Florida where I live! Stroke survivors, stroke caregivers and everyone else involved with stroke!!

PLEASE JOIN US AND SUPPORT US!

Money, Money, Everywhere But Where It Should Be! Stroke Survivors Beware
A Healthy Salad for a Labor Day Cookout