Many of us are coming out of our cocoons. Still, I think it is fair to say that in this less than great time we all need some comfort – and what better than my Ham and White Bean Soup.

This soup oozes comfort! As it is cooking, it will make your entire home feel warm and comfy.

So, I went to Honey Baked Ham and bought a meaty Ham Bone, better known as a Ham Hock. The ham bone came with lots of delicious meat which was to find its way into the soup. (At least most of it) I also bought a kit at the store which included a spice pack and some White Beans. Lest you think I am stealing their recipe; I often buy kits to shorten my soup preparation process. However, ultimately my recipe is substantially different than that on the package.

For one, I always extend the recipe in the kit to create more meals for the effort. Second, typically, I only use half of the spice package because it usually contains more salt than we are used to eating. Then to compensate for the loss of half of the spice pack, I add many spices to my recipe which are not part of the original recipe.

In this recipe, I followed both rules, adding a lot of additional spices to compensate for the reduction in the spice pack, and I included more liquid and ingredients than mentioned on the original kit recipe. I also utilize an emersion blender which the original recipe does not call for.

First, my wife, and helper Debbie, trimmed most of the fat off the meat on the bone. We always strive to eat low-fat food. Having trimmed the bone of the extra fat, we each had a few morsels of ham to test the quality, and it was outstanding.
To start, we placed the bone it in a large pot, at least 8-10 quarts in size.

Then add:
2 cups of low-sodium chicken broth
12 cups of water
½ of the spice packet that comes with the mix – reserve the rest of the mix for a future time when you can just use beans without the kit.

TO COOK:
After placing all ingredients into the pot, bring everything to a boil, cover, and reduce the heat to simmer for an hour. (as the kit instructions mention)
After the first hour of cooking, uncover and stir the soup. Now let the soup simmer for an additional hour uncovered. (also, as the instructions suggest)
While the soup is cooking, prepare 10-14 small red or yellow Yukon potatoes which will be added to the soup later. You can purchase these little potatoes in many supermarkets by the small bag.
Rinse them well and cut them in half or quarters depending on how large a piece you like. Place them in a microwave for 2 minutes to cook. After the 2 minutes see if they have softened – if not, try another 1-2 minutes. You want them mostly cooked but not too soft. Now, reserve them.
If you prefer to make the prep easier you can substitute a 12-16 oz can of diced potatoes. Drain and rinse the potatoes, and then likewise, reserve.
After the two hours of cooking remove the Ham Bone from the soup and let it cool.
Cut the ham meat from the bone and place it on a separate plate. Typically, the meat will pretty much fall off the bone but if not just cut it off. You now have a choice depending on your taste. You can dice the ham so that you have small pieces, or you can just use the pieces as they are and skip the dicing step. We prefer the larger pieces.

YOU NOW HAVE A CHOICE IN FINISHING THE SOUP
You can continue, or you can add a separate step which is what we do. Our method adds about 30 minutes but results in a richer and thicker soup consistency.

OUR WAY
Before replacing the ham pieces back into the soup, with an immersion blender, blend the soup to get a thicker and consistent consistency. I prefer an immersion blender to a regular blender because it avoids any splattering, but you can always use a regular blender being careful to keep the blades all the way in the liquid while it is blending. This should not take more than a minute or two.
Now, replace the ham pieces back into the soup.
Add the reserved potatoes. 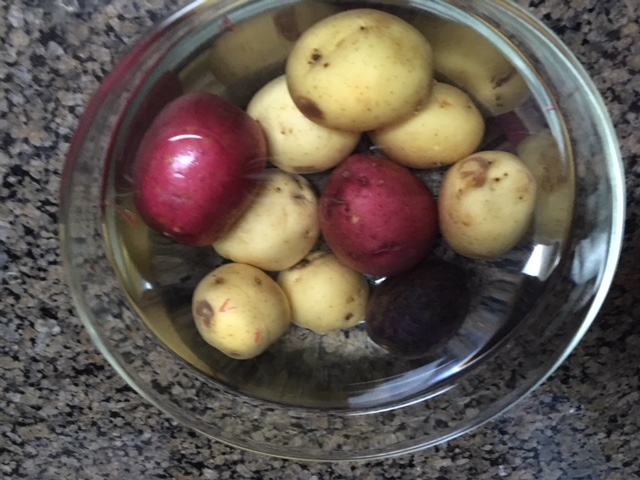 Also add:
An additional can of the cannellini beans to the soup, which also should be drained and rinsed as before.
An additional 1-2 storks of celery, dicing into small pieces.
Cover the soup. Let the soup simmer for another 20-30 minutes to let the meat, celery and potatoes integrate into the soup. If you are going to immediately serve the soup let it simmer with the cover on long enough to be sure it is completely hot. If you are not going to serve it immediately allow it to cool. Then reheat later with a cover on.

OR, THE FASTER METHOD

Replace the ham pieces back into the soup.
Place the reserved potatoes into the soup, stirring them in.
If you have not done so already, taste the soup– you may want to add a little more of the same spices that have already been placed into the soup. That is to taste – remember- I did not add salt to the soup except that which was in the ½ spice pack at the beginning. When you do not use much salt, you will always want to add more non-salt spices.

SERVING
If you are going to serve the soup soon, continue to keep the soup covered, maintaining a very low flame to keep the warmth. Stir occasionally and serve.
If you will serve the soup later, or the next day, just let it sit. Before serving, reheat with a cover.

Optional Steps that We Take
Though we typically make the soup one day ahead to allow the flavors to meld, it smelled and tasted (taste testing) so good that we had it that evening. So, we then reheated to serve.
I suggest you serve the soup with a good bread – we like a Tuscan loaf we buy at Publix’s or some good Ciabatta Demi- Baguette we buy at Trader Joes. These all tend to be high quality whiter bread, but each to their own. 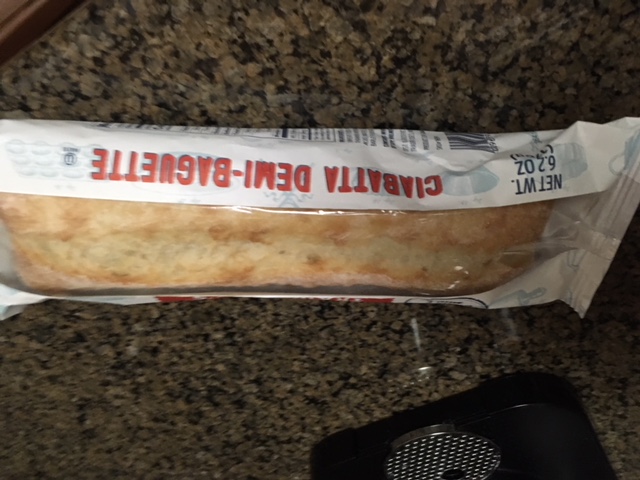 Served with a salad, this can easily be dinner.
Certainly, this recipe can be scaled for more or fewer people. Since we are two, this soup lasts us for 4-5 dinners, depending on how large Debbie makes the salads, and how much bread we eat.

Active Prep Time – 30-40 minutes
Cooking Time – 2.5-3.0 Hours depending if optional steps are followed
Eight Servings depending on Size of Bowls and if Soup is Appetizer or Entree